Steele County was honored with three awards presented during the 2014 Association of Minnesota Emergency Managers (AMEM):

Tom Karnauskas as “Outstanding Volunteer” of the year.  Tom recognized for his many contributions including being President of Community Awareness and Emergency Response (CARE) a coalition of local volunteers and business leaders who help prepare their local community for emergencies.  Tom was also recognized for his participation in ARES, RACES, and SKYWARN.

Mike Johnson, Steele County Emergency Manager received the AMEM Meritorious Service award for his contributions over the past year to AMEM. 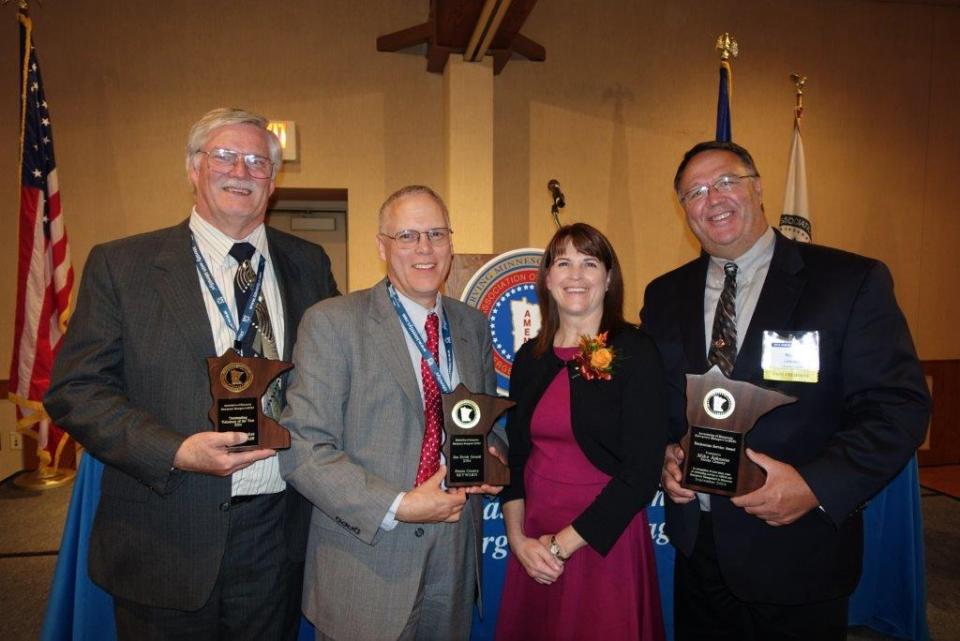